In the Forum of Art and Space, specialists from different nations gave an account of the scientific contribution to the social interest in acquiring and increasing knowledge.

Science seeks to discover nature and improve the world around us;  through it, the human being answers the questions that arise and adds new knowledge. At the same time, when artists and scientists come together, knowledge is democratized and can be reached by anyone, from the most renowned researcher to the most novice student. This was one of the conclusions that emerged from the 1st Forum on Art and Space, an activity organized by the Universidad Nacional de Tres de Febrero (UNTREF), with the support of the British Council, and which forms part of the programming of the International Biennial of Contemporary Art in South America (BIENALSUR).

Under the watchful eye of students and professors of the University and academics and researchers from different countries, the specialists lectured -in talks that lasted an average of 30 minutes- on astronomy, astrobiology, cosmology, astronautics and technology; and realized the importance of interdisciplinary work in the artistic process.

On Tuesday August 13 and Wednesday August 14, the Forum was held at the Centro Cultural de la Ciencia (C3). During the first day, Florencia Laura Vieyro, PhD in Astronomy, explained how black holes, central research objects in the space-time relationship, are studied; the Australian artist and astronaut Sarah Jane Pell described the link between creatives and space researchers; and Albert Barqué Durán, artist and researcher from Spain and the United Kingdom, demonstrated how creativity combines with Artificial Intelligence.

The second day was the turn of the duo composed by visual artists Guillermo Faivovich and Nicolás Goldberg, who presented their research based on a meteor shower that originated four thousand years ago in the Austral Chaco; secondly, Ximena Abrevaya, PhD in Biological Sciences, spoke about one of humanity’s great enigmas: are we alone in the universe? and opened the debate on how life originated and developed on our planet; while the American artist and engineer Gershom Dublon related the research work carried out together with his colleague Xiu Liu, from China, in which they used technology as a means to free the body from the bondage of gravity.

In addition, he exhibited part of the project carried out between them: The Wandering Mind. This initiative was the winner of the residency launched by the European Artificial Intelligence Laboratory (Al Lab) and is being executed in the MUNTREF Centro de Arte y Ciencia. How to connect with ourselves and with everything around us, and how to escape -at least for a mouse- from alienation and distractions to enter into harmony with the world and living beings are some of the questions that they try to answer through this research.

“The truth is that I am surprised with this journey. I started my bachelor’s degree a few days ago and we already find ourselves with an activity outside the strictly theoretical. The contribution of these artists is enriching because it allows us to think beyond our daily activities as students and it opens many options for future research,” said Leandro Marioni, a student of the Bachelor of Electronic Arts at UNTREF.

Mariano Sardón, director of this career and coordinator of the MUNTREF Center of Art and Science, who moderated the activity along with the interdisciplinary curator of the University of Plymouth in the United Kingdom, Christiana Kazakou, was very satisfied with the call achieved and explained that “the presence of renowned specialists was essential to attract the interest of the people present. Furthermore, dealing with spatial themes and combining them with artistic work makes this research more accessible to everyone. You don’t need to be an expert in the field, it’s something that interests you and reaches the vast majority of people.

In addition, the mentor of the residence of the European ARTificial Intelligence Lab, Ars Electrónica Center – MUNTREF Centro de Arte y Ciencia, and winner of the Konex Prize for Visual Arts in the category Installation 2012, among other recognitions, said that the success of this Forum opens doors for the link between the University and the C3 to continue in the future, with new events and activities for the community.

After the presentations open to the public, students, teachers, researchers and specialists confirmed one of the premises with which the Forum had opened: the space explorer and artists have more similarities than differences and one of these similarities is based on the need to discover and experience new territories, create awareness and expand life and and humanity beyond its limits.

In this sense, Sardón asked those present to “keep thinking, to continue to be creative, to seek, investigate, analyze. There is always room for new inventions. We are here to help you and listen to you.

The official closing of the event took place on Thursday, August 15 at the MUNTREF Center of Art and Science with the exclusive participation of invited artists and members of the scientific and artistic community. 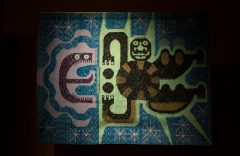 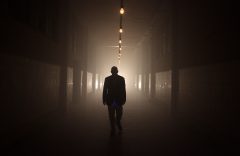 In July, BIENALSUR 2021 will be launched in more than 23 countries 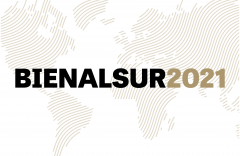 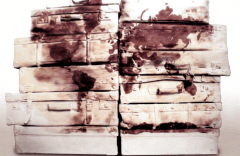 MUNTREF project to learn about multiculturalism from art 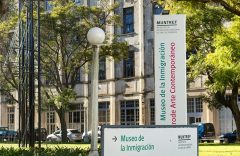