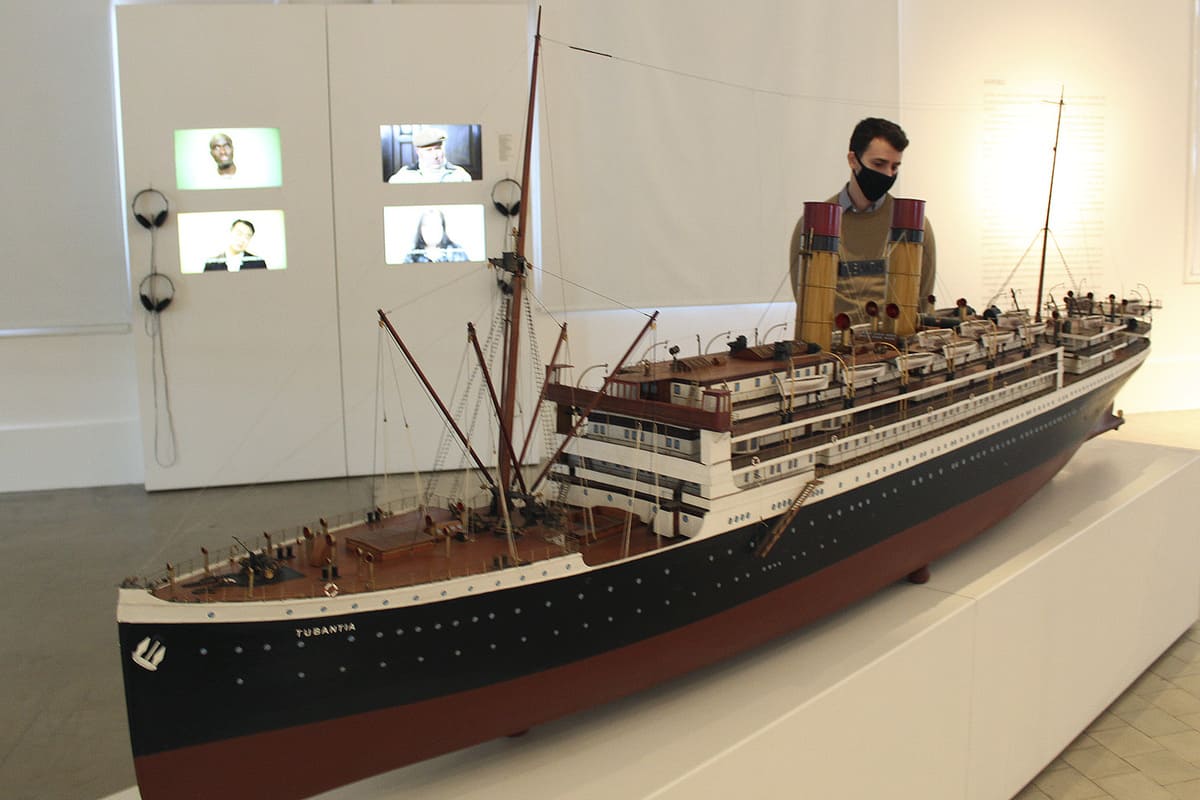 With the sanitary protocols in force, the attendees visited the exhibitions For all the men of the world and After Babel, and, for the first time, new tools from the Museum View MUNTREF app were released.

The MUNTREF Immigrants Hotel Headquarters met its public again after being closed for several months due to the covid-19 pandemic. In shifts and with the sanitary protocols in force, attendees were able to visit the permanent exhibition of the Immigration Museum, Para todos los hombres del mundo (For all the men of the world), and the group show Después de Babel. Traducciones rioplatenses (After Babel. Rioplatenses translations), hosted at the Contemporary Art Center. In addition, the public was able to try out the new tool of the Museum View MUNTREF app, which has an exclusive development: the Museum MODE.

By means of this system -which can be used with headphones,- by pointing the cell phone camera at the pieces the user has the possibility of touring the Museum’s facilities or places marked with the Museum MODE. They can also receive all the information about the different exhibitions and audio guides about a specific work or point of interest, having their own personalized guide at their disposal.

The exhibition Para todos los hombres del mundo (For all the men of the world)is about the migratory processes that took place in Argentina, focusing on three specific moments: travel, arrival and insertion and legacy. It is made up of photographs, audiovisual pieces, documents and installations based on a research work coordinated by historian Marcelo Huernos.

On the other hand, attendees were surprised by the eclecticism of the group show Después de Babel. Traducciones rioplatenses (After Babel, Rioplatenses translations), made up of different objects that problematize translation and lay bare its political dimension. Curated by French linguist Barbara Cassin, from the Académie Française/CNRS, and Marina Aguerre and Leandro Martínez Depietri, from the Instituto de Investigación en Arte y Cultura Dr. Norberto Griffa (IIAC).) of the UNTREF, it brings together works by renowned artists such as Marta Minujín, Xul Solar, Grete Stern, Gustave Doré and León Ferrari, as well as documents, texts and translations by Jorge Luis Borges, Sixto Palavecino, Victoria Ocampo, Walt Whitman, José Hernández and Juan Domingo Perón, among others.

This exhibition is the result of an active cooperation between institutions in Argentina and France. It is produced by the IIAC-UNTREF and co-produced by the Institut français d’Argentine, Ambassade de France en Argentine, Alliance Française Buenos Aires and Organisation internationale de la francophonie, with the support of Translitterae.

But these will not be the only exhibitions that the public will be able to visit in the coming days. During the month of September, and coordinated by UNTREF, the old Immigrants Hotel will inaugurate a series of projects of  BIENALSUR’s third edition, which began last July in Salta and has already had more than 10 openings around the world.

As KM 0 of the particular cartography of BIENALSUR, the Immigrants Hotel will bring some proposals that will not go unnoticed. Among them, Kimsooja Buenos Aires Chapter 1: The Encounter with the Other, by Korean artist Kimsooja, who recovers the daily actions of women in Korean society, their objects, uses and customs, with a special emphasis on the practice of sewing. Her works are located between performance and video and include bottaris (a bundle made up of a colorful blanket that wraps a brief selection of meaningful objects for its owners), various fabrics and different means of transportation.

Diana Wechsler, curator of the exhibition and artistic director of BIENALSUR defines the artist saying that “Her body/needle sews spaces and senses, she travels through territories with the serene parsimony of the observer in search of an encounter with the other, distancing herself from the Western performance tradition.”

There will also be other projects curated by Italian Benedetta Casini, Colombian Alex Brahim and Spanish Valentín Roma, with the participation of artists such as Peter Johansson from Sweden and

Nora Ancarola from Argentina, among many others selected from the international Open Call for projects carried out by BIENALSUR during 2020. 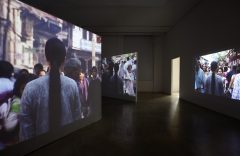 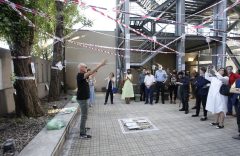 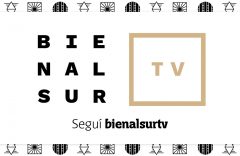